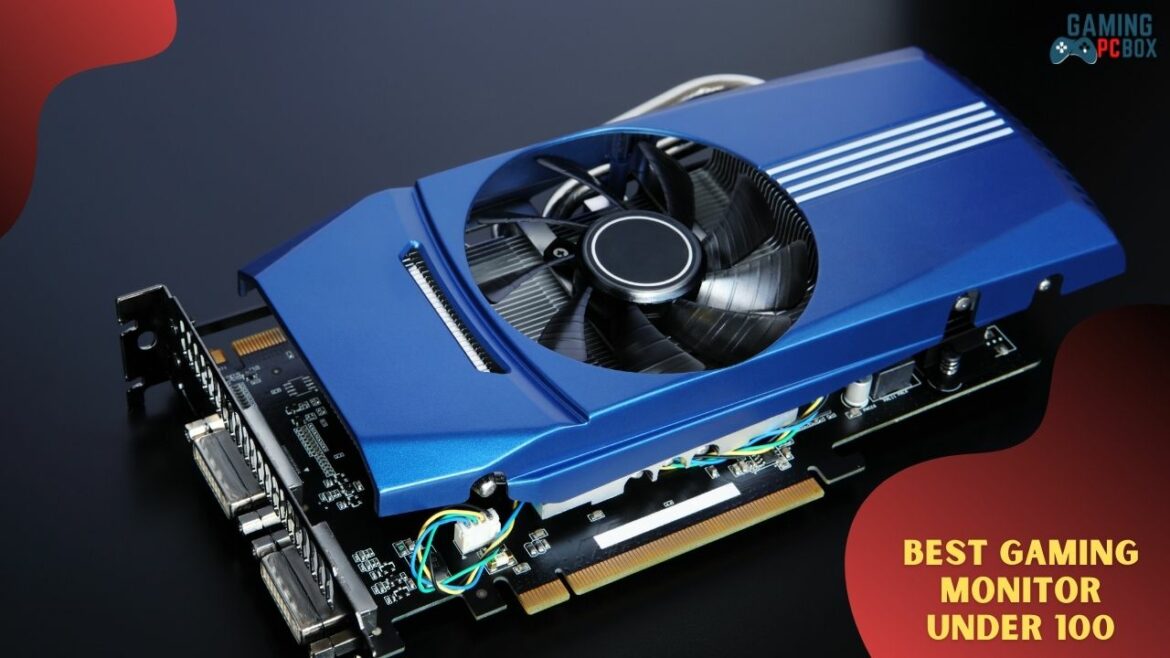 In this post, we’ll look at and evaluate eight of the finest gaming graphics cards under $100. You can substantially improve your gaming experience with any of these graphics cards.

But please remember that because these graphics cards (GPUs) are inexpensive (around $100), you shouldn’t expect to be able to play a high-resolution game from them.

Yet, you can play low-medium games with excellent settings and have no problems.

Alright, let’s all get going!

First on the list is the Nvidia GeForce GT 1030 2GB by ASUS.

This GPU is an amazing addition if you’re looking for a gaming graphics card for around $100.

The fan on this graphics card is IP5X-certified for dirt protection, which increases its durability and fan efficiency even under extreme situations.

It also has the GPU TWEAK II technology, which makes overclocking simpler and more user – friendly opinion than ever before.

This graphics card also comes with a one-click game booster feature that boosts system performance by shutting off unneeded processes when gaming.

It allows you to play nearly any game with low or medium graphics in a seamless manner.

In comparison to the embedded graphics card, you can watch all of your films and images in HD resolutions, perform quicker video/photo editing, and browse the web speedier.

The graphics card includes a 128-bit memory interface and 4 GB DDR3 video memory. With GeForce Experience, you can also receive the latest driver updates and optimize gaming settings with a single tap.

This is yet another excellent AMD gaming graphics card that costs less than $100.This GPU’s Effective Memory Clock is 7000 MHz, which boosts the gaming experience.

It has a sophisticated interface called the “AORUS Engine,” which allows you to fine-tune clock speeds, voltage, fan efficiency, and power target in real-time.

The graphics card supports both HDMI and DVI connections and has a maximum resolution of 76804320 pixels. This graphics card’s biggest feature is that it includes numerous monitors.

As a result, if you have many monitors, you may easily connect them. In addition, it has a one-click overclocking feature.

However, to play games properly, a 400W PSU is suggested for this GPU.

Let us talk about the Gigabyte GeForce GTX 1050 2GB now.

The Gigabyte GeForce GTX 1050 is the finest low-cost gaming graphics card. This device, unfortunately, will set you back a few dollars more than $100, but it is an excellent choice if you want to play current high-resolution games.

This graphics card is built on NVIDIA Pascal, the world’s most revolutionary GPU architecture, and is loaded with unique NVIDIA Video game technology. It incorporates Developed advancements that allow you to fully appreciate the most current releases.

In real-time, you may adjust clock speeds, fan performance, voltage, and power goals. It also includes an ultra-cooling system that keeps your graphics card cooled and improves performance while gameplay.

This GPU is an excellent choice if you’re looking for the finest graphics card on a spending plan while yet wanting to play contemporary high-graphics games.

Here is a gaming graphics card from MSI, the Gaming GeForce GT 1030 2GB which again costs under $100.

The graphics card is based on the award-winning Pascal architecture, which ensures fluid gaming and cinematic experiences.

It also includes the Nvidia GeForce app, which alerts you when a driver update from NVIDIA is ready. You may also upgrade your driver software without quitting your workstation with a single tap.

With AMD XConnect technology, you may build up a multi-GPU configuration for increased efficiency and even link the video card to a notebook.

This card uses the newest FinFET 14 manufacturing technology, which packs more transistors into a smaller space, allowing for significant increases in processing power and power performance to assist the card to perform much effectively.

Seventh on the list is the MSI Gaming GeForce GT 710 2GB.

It also supports DirectX 12 and includes an integrated afterburner overclocking application that allows you to record your games.

This graphics card includes a fan and a big heat sink to keep it cool while performing any demanding activity.

Last but not least is the Gigabyte AMD Radeon R7 240 2GB.

It includes the first 2 GB DDR3 memory module and a 128-bit memory interface.

It boasts an ultra-cooling system and a low-power loss mechanism that aids in the smooth operation of this graphics card.

We’ve covered 8 of the finest gaming graphics cards under $100 in this post. Most are Nvidia products, while others are AMD products.

One can select any of them based on their requirements. We recommend the ASUS GeForce GT 1030, XFX AMD Radeon RX 550, and EVGA Nvidia GeForce GT 730 for around $100.

However, if you are willing to pay somewhat more, approximately $125-$130, you may purchase a quality gaming graphics card, such as the Gigabyte Geforce GTX 1050, which will allow you to play the next game smoothly and at a higher frame rate.

Please share the article with your friends if you find it useful. Let us know which gaming graphics card under $100 you believe is the finest in the feedback box below.

Get a Complete Guide About Email Marketing for Dentistry

Best Motherboards For i5 6600K