Home » Console Gaming VS PC Gaming- Which Is Better For You?
GadgetKnowledge Base 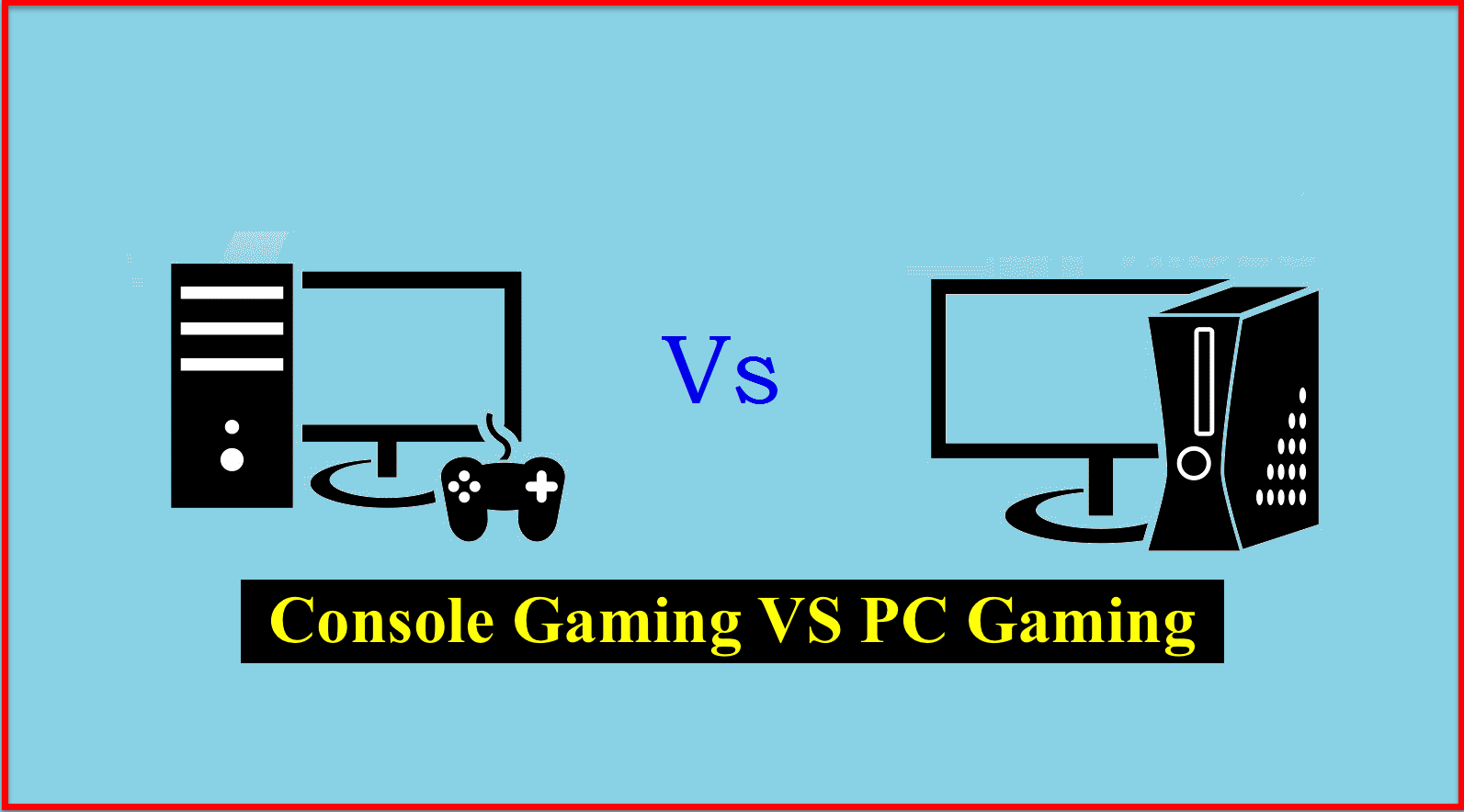 Y’all needs to get over this debate.PC Gaming vs. Console Gaming is like one of those never-ending deathmatches. There isn’t a right or wrong answer here; it’s all a matter of personal preference. You can’t modify consoles as you can with a PC. However, there are things that you cannot accomplish on a PC that you can do on a console.

Some individuals don’t really want to spend that much time constructing a PC. What you have to realize is that PC gaming is not for everyone. Not everyone wants to construct their computer and not everyone is as computer known as a PC player on Twitch with a sophisticated setup.

Console gaming versus PC gaming is the same as driving standard on a vehicle or manual. Some individuals like to drive in normal mode so they aren’t constantly changing the gear, while others might not want to go through the hassle of constantly shifting the gear.

what exactly are we trying to say with this example?-its that everything in the PC VS. console debates boils down to personal choices!

Now, which one is better for you as a gamer? Console gaming or PC gaming. Which option is the most practical for you?

Gaming on a console

Playing video games on a console is a cakewalk. To play video games, you have three options: PlayStation, Xbox, or the Nintendo Switch. After that, you can either purchase the games digitally or on disc and be all done.

Download the Twitch or Youtube app to start streaming or recording your gaming sessions. Nintendo Switch, on the other hand, is devoid of Twitch software (surprising). There’s a catch, and it’s not free.

In console gaming, if you want to play a game but it isn’t available for your current system, you will have to purchase the device to play the game you already possess. You’re overspending simply to enjoy a new game.

Console gamers, on the other hand, must first select what kinds of games they like. If you like RPG games (such as Final Fantasy), you’ll want to pick up a Playstation. In contrast, if you like shooter games, an XBOX is what you need. Get the Nintendo Switch if you like the oldies and don’t care about visuals.

Console gaming isn’t for those who want to modify their games, such as having Link from Zelda use a rifle instead of a bow and arrow. Game console owners just want to have a good time when they’re playing their favorite titles. Changing a few settings in a video game shouldn’t take hours of downloading and uploading. 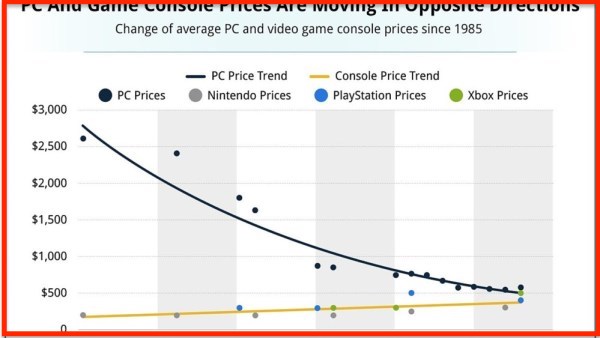 Exclusive games are a highlight of console gaming. This trumps PC gaming by a long margin. Nintendo will always be the owner of Mario, Zelda, and Pokemon. Final Fantasy games are often Playstation-only affairs. Here’s the good and the bad of console gaming. In addition to this, some gamers develop a preference for one platform over another. We prefer the Playstation over the Xbox.

Multiplayer is a breeze.

The best part about console gaming is the ability to play with others. Having a partner or groups of gamers over to play games. This is one of the reasons why the Nintendo Switch is so well received. It is a communal activity unlike playing on a PC when you are alone in front of your computer.

You Don’t Need Much With Consoles

Consoles have the advantage of doing everything for you and keeping things easy. System upgrades and a few other things are basically the only technological concerns you’ll have. So, you insert the disc, grab your controller, and start playing. Console gaming was designed for the ordinary individual as opposed to the PC experience which needs so much customization.

The benefits of gaming on a console far outweigh the drawbacks. Don’t forget about the visuals. As gaming technology advances, we’ll see more detailed visuals in games.

Compared to PC games, console games place greater emphasis on visuals and dramatic effects since they are all about game-play. 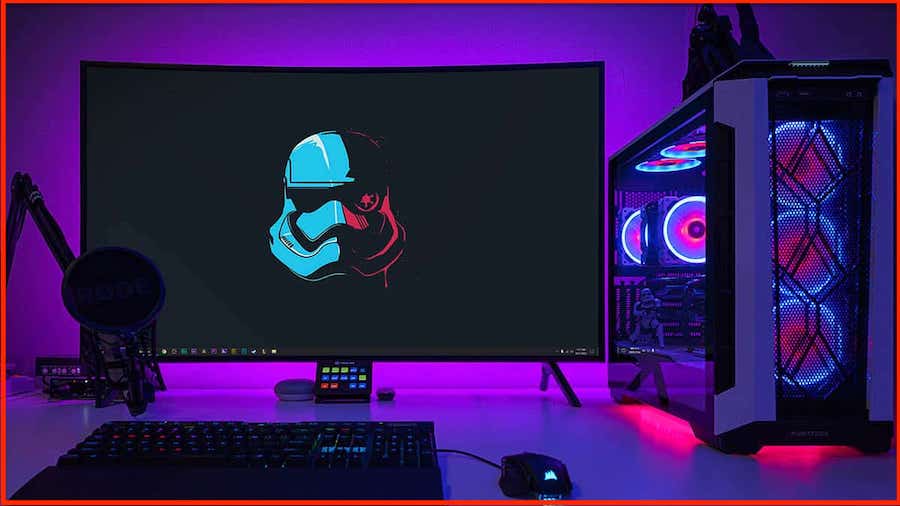 There are just so many things to be concerned about while you are PC gaming. Obviously, that’s not something everyone wants to do. Don’t purchase a gaming PC unless you’re keen to learn more about computers.

It is sad to mention but PC gaming has so many more drawbacks than benefits. PC gaming is similar to having a vehicle in which if anything goes wrong and you don’t know how to repair it, you’ll have to pay money to have it fixed. Because most of us are trying to save money, console gaming is becoming more popular.

Who Is PC Gaming For

Modding video games is a great way to pass the time if you’re into that kind of thing. This is for you if you like constructing computers. More importantly, if you have the patience to wait an additional two years for the PC edition of a game to come out then PC Gaming is certainly for you.

While there is so much you can accomplish with a PC, if you are particularly purchasing a PC for gaming then you need to realize that there will be many games that are out of your grasp.

Being able to play new games as soon as they are available is one of the best parts of having a console. You’ll be able to play the new Final Fantasy game as soon as it’s released. To play it, you do not need to wait for it to be made available via Epic Games or Steam distribution channels. That is the bitter truth.

Some Playstation titles will never make it to the PC and you have to either be happy with it or spend money on a Playstation. It’s unlikely that you’ll be able to play any of Nintendo’s old games such as Super Mario, Zelda, or any of the newer titles without using a pirated copy, which is something We strongly advise against. Sorry, but We don’t endorse any illegal gaming methods.

So If you choose to purchase a gaming laptop or PC then be aware of the games you can or cannot play.

Using a keyboard isn’t to everyone’s taste. Even when a game is transferred from console to the PC version it truly stinks, would you really want to play the game using the keyboard? Again, how you play your games is entirely up to you. This is why Computer gaming is suitable for all of us. If you feel at ease playing your video games with a keyboard than with a traditional gaming controller then PC Gaming is for you.

It’s likely that you’ll spend $300-$500 on a console, particularly if it’s brand new. Then, if you want to add extras like a camera to the console, you’ll have to put up an additional $60. After that, you’ll have to shell out $60 for each of the games. If you decide to be a PC gamer, though, be prepared to spend money like there’s no end.

To have a decent gaming PC you need an Intel i7 CPU and at least 16GB RAM for your games to perform properly. A gaming PC below $1,000 isn’t really worth it. A gaming machine may cost up to tens of thousands of dollars. So unless you have the money, PC gaming is simply not worth it. The only thing you’ll get is a larger hole in your wallet.

Not to mention the displays, gaming mouse, and keyboards you’ll need to purchase, not to forget the updates. As an additional consideration, take into account this: Do you want to spend the money on PC gaming?

Then then, there’s more to come. Access to the internet. To enjoy the pleasure of being a PC gamer, you must ensure that your internet connection is fast enough. Think about all the factors and make an informed choice.

Be careful, the bob is back in fashion! (Was it necessary?)