Home » How to hire in Canada
Business

How to hire in Canada 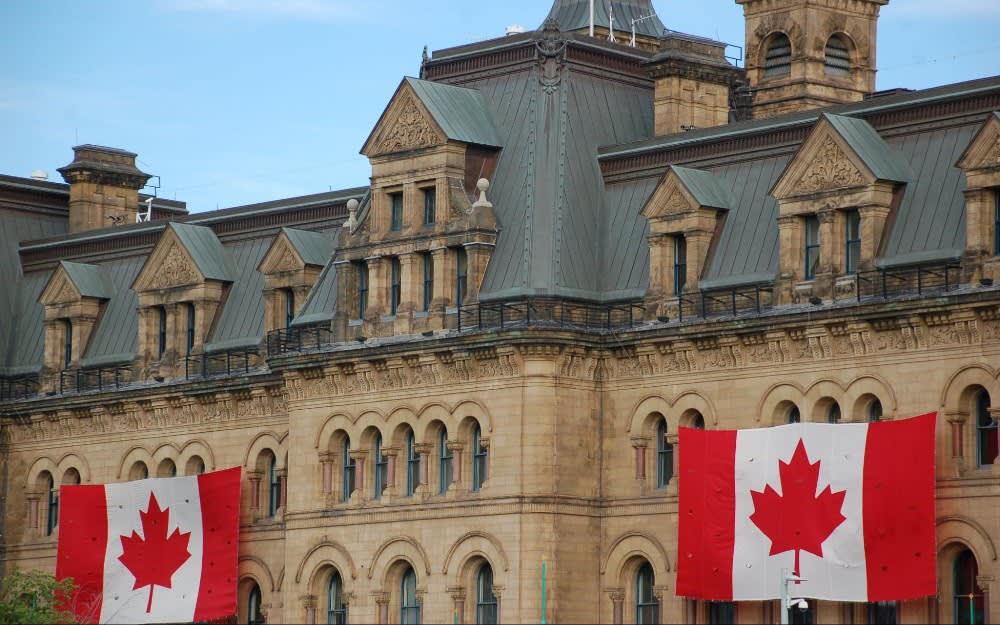 The economy of Canada is often regarded as one of the most developed in the world. The nation is a participant in the Group of Seven (G7), which is comprised of the world’s most developed economies. It is anticipated that Canada will have one of the highest rates of economic expansion among the G7 nations in 2022, expanding by at least 3.4% in the six months leading up to 2023. A large portion of Canada’s exports are comprised of oil and agricultural goods. I will now provide all of the statistics about EOR in Canada as well as PEO in Canada to you.

Despite this, the growth in Canada’s GDP for 2023 seems to be as vulnerable as the growth in other G7 nations, with growth expected to decrease to about 1.7% due to macroeconomic uncertainty.

Canada’s economy continues to be one of the most desirable places in which to make financial investments because to its high Human Development Index (0.855) and extremely high Gross Income per Capita (US$30,257) Let’s take a look at the primary labor issues that must be addressed throughout the recruiting process in this nation.

Because Canada is a bilingual nation, one of the first things you should think about when employing local workers is whether or not they need to be able to comprehend English or French, and how this need will affect the pool of candidates available to you. Contracts of employment are often written in French in the Canadian province of Quebec, which mostly speaks French.

Although a formal employment contract is not required in Canada, it is strongly encouraged, and the vast majority of companies will at least give a document that outlines the fundamental work standards and conditions.

Candidates who meet the requirements for a Canada Work Permit are meant to be granted the permit for a certain amount of time. Only after receiving a job offer or confirmation of a work contract are candidates eligible to submit an application for a work visa.

In Canada, the provincial governments are primarily responsible for determining the levels of the minimum wage. People working in industries that are subject to federal regulation are the only ones who are required to pay their employees the federal minimum wage of $15.55 per hour. Banks, postal services, interprovincial transportation, and federal Crown corporations are all examples of these types of businesses.

Workers in industries that are not controlled by the federal government are subject to the provincial minimum wage.

The rates in each of the 11 provinces and 3 territories that make up the nation are completely different from one another.

Employment contracts often contain trial periods, the duration of which cannot exceed six months at any point, and (although most employers use three months). If an employee is fired while they are still in their probationary period, notice pay is often required by law.

Employers are required to provide termination notices within a time range that is fair and reasonable. If they do not do this for terminations that are without reason, then the provinces may demand harsh severance payments, depending on how big your firm is (in terms of revenue).

Commonly utilized are contracts with a set period; nevertheless, legally speaking, they might be considered the same as permanent contracts if the organization continually renews them.

A Period of Notice

When an employee has worked for the same company continuously for at least one month but for a shorter period of time than two years, the employer is required to provide the employee with a notice period of at least one week. Employees who have worked continuously for the same company for two years or more are entitled to one week of notice for each full year worked, up to a maximum of 12 weeks’ notice if they have worked consistently for that employer for more than two years.

Controls placed on working hours might vary widely from one province to another, as well as from one employment to another and from one sector to another. Additionally, provinces establish guidelines for overtime work and the circumstances under which it is compensated, which is typically paid at a rate that is between one and one and a half times the regular rate. Depending on the province, the threshold for receiving payment for overtime work is set at forty hours worked. This is an entitlement that must be fulfilled, yet at the same time, working excessive hours is not permitted.

Holidays recognized by the government and paid time off

The start of a new year, January 1

Good Friday is a day that may move.

Monday after Easter is subject to change.

On May 23, we celebrate Victoria Day.

The first of August is a Civic Holiday.

The day of Labor, September 5

The 30th of September is designated as National Day for Truth and Reconciliation.

The 10th of October is Thanksgiving Day.

The 11th of November is observed as Remembrance Day.

The 25th of December, often known as Christmas Day.

Employees who have been with the company for at least a year are entitled to a minimum of two weeks of paid vacation time every year in the provinces of Alberta, British Columbia, Manitoba, Ontario, and Quebec. Other provinces, such as Quebec, require just one week. On a national scale, the majority of firms (including PEO in Canada) provide between two and four weeks of paid leave to their employees.

how to hack someones snapchat

How to properly display and care for your...

How to Become an Amazon Affiliate and Make...

What do you look for in a chainsaw...

How to Find a Cheap Advertising Truck