Home » What font should you use for your book?
General

What font should you use for your book? 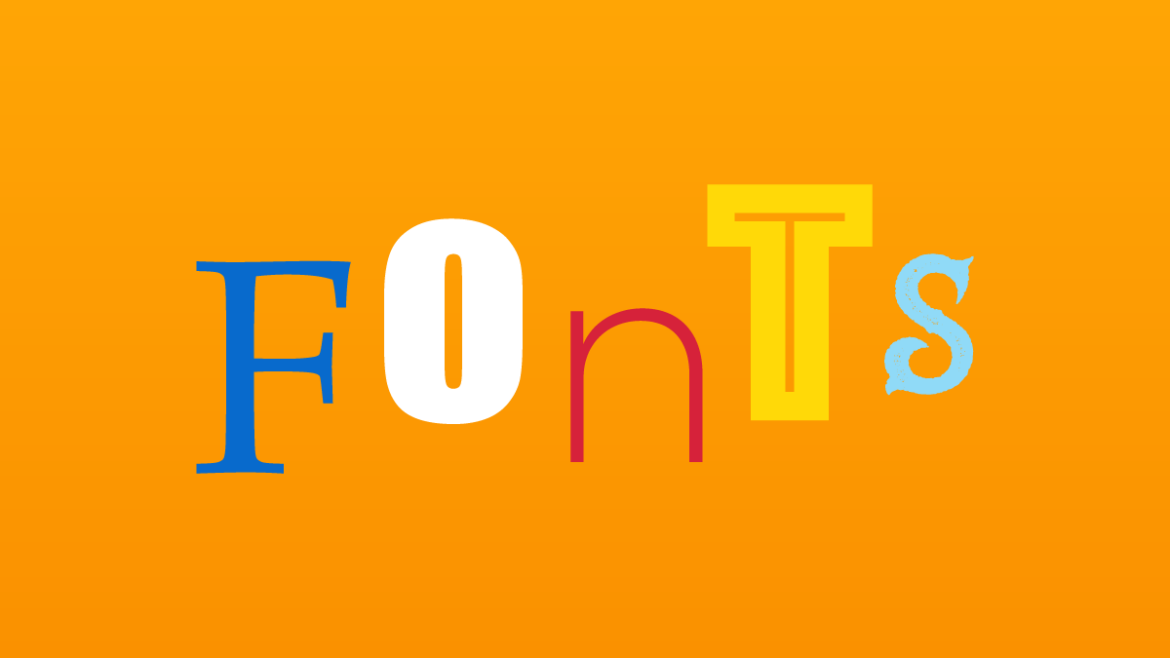 Making the typeface selection for your book can be challenging. Remember that you will probably be in control of selecting a font for both the book’s cover and content if you self-publish. Choosing the ideal typeface is a whole science, believe it or not. Consider all the writing you encounter today.

It could be something like your whatsapp messages, a newspaper story, the desktop of your computer when you get to work, etc. We read for the majority of the time. And a good deal of this time has been consumed in font selection.

This post will begin with a discussion of some general guidelines for choosing your font, after which we’ll go into more detail about the numerous serif and sans serif fonts styles you can choose and why.

We advise that you consider two crucial factors while selecting the typeface for your book:

Readability is the level of comfort a person has when reading lengthy texts or doing so for an extended amount of time.

What message are you aiming to convey with the words you’re going to write? What emotions do you want the reader to have? The font to select will differ based on the book’s genre and theme.

Serif and sans-serif fonts are the two primary categories, as you surely already know. Later, we’ll go into detail about what makes them unique. However, all you need to know to get started is that sans serif fonts lack serifs, while serif fonts contain one on each letter.

Generally speaking, when designing your book, it is advised to utilize no more than two different fonts. More fonts can make the final work illegible and disorganized. If you want to use two fonts, one will be used for the text’s body and the other will probably be used for the book’s cover and potentially the chapter headings.

Regardless of the font, you select, the first one you use should always be a serif font because it usually provides superior paper legibility.

It’s also vital to keep in mind that people frequently have some form of collective memory. We link specific sensory stimuli to particular thoughts, concepts, or experiences. This guideline applies to fonts as well.

For lengthy writings like novels, serif fonts are typically seen to be the best choice. Serif typefaces are distinguished by the tiny border or “foot” that appears at the start and end of each letter.

The reader can more easily follow the sentences and maintain focus because of the imaginary line this produces. Serif fonts are typically thought to be easier to read on paper. Sans serif fonts are most frequently used on websites because they are thought to be the easier-to-read choice.

You’ll note that every newspaper, book, and the majority of periodicals utilize a serif font. If you don’t trust me, check it out for yourself right away. Additionally, keep in mind that there are a huge variety of serif fonts available.

Books must always be written in Serif, keeping in mind that they are similar to newspapers in that they are lengthy writings that readers spend a lot of time reading. We will see later that the synopsis and the cover are two entirely different things.

It’s time to look at sans-serif fonts now that we’ve discussed serif fonts. As was already established, sans serif fonts are distinct from serifs in that they lack the little feet (serifs) that give serifs their name. In contrast to serif typefaces, sans serif fonts have a contemporary, minimalist style that lends itself particularly well to displays.

Which Sans Serif fonts are appropriate for usage in books?

As was previously noted, using sans serif freefonts in the body text is not practical. If you locate one that matches the design and vibe you’re going for, they might, nonetheless, be extremely appropriate for your cover.

Additionally, you’ll notice that most of them are sans serif if you have your heart set on an unusual typeface that (as previously indicated) would be appropriate for a cover. As a result, the question is more “Should I use a sans serif font for my cover?” than “What sans serif typeface should I use for my book?”

You’re mistaken if you think this question is easy. This issue will likely ultimately boil down to individual preferences more than anything else. The font you select for your cover should primarily support the emotional response you wish to elicit.

You should use the cover to allude to the general mood of the book, as we discussed in our post on how to design a book cover. The title’s font is a crucial component in this regard.

This page is not intended to evaluate every custom, hand-drawn, or vintage typeface that can be obtained online. While there are many unique and artistic fonts available, let’s focus on some of the more popular choices for the time being. Here are three samples of sans-serif fonts that work for the title of your book:

The brash and confident Bahnschrift, developed by the German Institute for Standardization in 1931, is a good option for a thriller. This typeface’s weight exudes a sense of seriousness, while its simplicity and legibility allude to the contemporary setting of most thrillers.

As close to a classic sans serif typeface as you can get is probably Gill Sans. Because of its elegance, Penguin Books undoubtedly chose to adopt it for its revived classics series.

It does the job incredibly effectively, probably as a result of its ability to blend in with most backgrounds without standing out too much. As a result, it’s a fantastic choice if you want a minimalistic overall look or don’t want the title to be overly attention-grabbing.

We associate romantic summers and other nostalgia-tinged experiences from the past with Montserrat’s airy space and light, jovial strokes. She is perfect for understated love stories or for emotional and wistful historical plays. You can download and use Montserrat for nothing because it is an open-source typeface.

what does fs mean on snapchat

what does the hourglass mean on snapchat

Easy crack slot: Everything You Need To Know...