What Is GPU Scaling – Everything You Need to Know 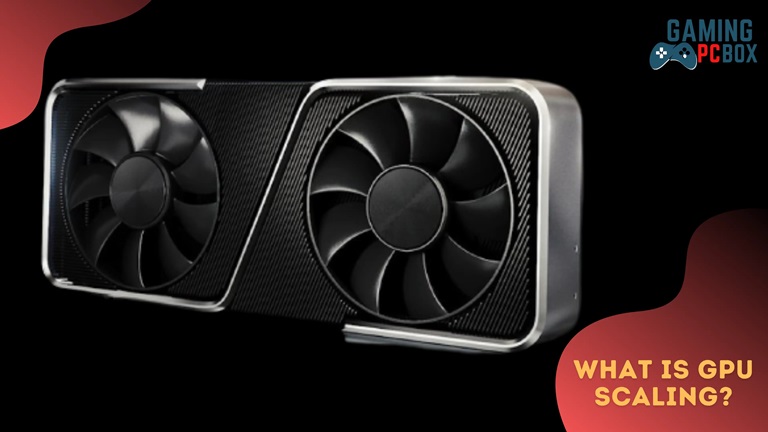 GPU as we all know is the short form of a graphics processing unit.

Every gamer strives for the highest viewing quality possible, which will improve their graphics and enhance their gameplay experience. Almost all are now feasible thanks to technological advancements, and enhancing the visual output of your monitor is a minor task. So this is where the GPU comes in. A GPU is a computer processor tasked with creating on-screen graphics in order to make videos and games more engaging and interesting. It is an important computer technology that’s beneficial for both personal and business purposes.

What is GPU Scaling? – Everything You Need to Know

Now enough about GPU! Let’s see what GPU scaling is-

GPU scaling is a technological function that aids in the production of high-quality images. It helps you to change the aspect ratio of a game depending on the resolution of your display, giving you the feeling of fine-tuned graphics and image output.

For instance, games designed for screens with lower aspect ratios such as 5:4 or 4:3 will spread images on a 16:9 screen, resulting in blurred, distorted, and very poor picture quality. In this case, GPU scaling comes to the rescue; it adjusts the images and correctly fits them vertically and horizontally on the screen without blurring them.

The vast majority of players use AMD graphics cards; if they do switch then other manufacturers embrace GPU scaling.

Now that we’ve covered GPU scaling, let’s move on to the next subject. Following are some reasons why GPU scaling is the need of the hour

Why do you need GPU Scaling?

The majority of gamers choose retro or vintage games that run in a 5:4 or 4:3 aspect ratio, or applications that run on a 16:9 or 16:10 screen. However, the overall visual production of such game images is clearly of low and distorted quality.

This is where GPU Scaling comes in; it alters the picture’s aspect ratio to jazz it up on big screens and monitors.

GPU scaling comes in three different modes to help you fix your pixelated display. Below you’ll learn about the various GPU scaling modes.

As mentioned earlier; there are three different modes in GPU Scaling that help us adjusting the display via AMD Catalyst or AMD Radeon Graphics.

The first mode of GPU scaling is also preferred by gamers because it maintains the aspect ratio and disables scaling by showing the image’s original screen size in the center of the frame. This is particularly useful when the image is smaller than the display’s height. Black lines or a backdrop pattern are used to fill in the blank border.

This option allows you to play your favorite game on your computer, but the distorted and diminished screen output can be distracting and irritating to the eyes. This mode can cause the display to look odd because it extends the picture to fill the whole frame, leading to poor quality images and low graphics, and also the game’s original aspect ratio not being kept as it ought to be might make it irritating for some users.

As the name means, Maintain Aspect Ratio allows you to see the best graphics by preserving the actual aspect ratio. It doesn’t change the aspect ratio; instead, it adds black bars to the top and bottom, or right and left, of your screen to cover the empty gap.

How to enable GPU Scaling?

If you do want to enable GPU scaling, then keep in mind that if you are working within the Radeon Settings then, there are few conditions that you’ve to fulfill –

If all these requirements are pleased, then this is how you can enable GPU Scaling!

Can we remove the black bars?

Let’s be honest here, sometimes like the black bars annoy the living crap out of you!

These black bars appear all around the image to cover up the excess background due to a conflict between scaling and the GPU method of analyzing the frame.

Although it is not possible to completely erase the black lines from your display, GPU Scaling has a function called UNDERSCAN/OVERSCAN that can adjust the picture to achieve better performance.

And here is some information on just how to ace that:

Most GPUs have an alternative called Underscan/Overscan that can be found in the alignment menu. This feature may or may not have the same menu name depending on the GPU, but the function is the same. The Underscan/Overscan function gives the user a proper view.

If you try to use a standard 4:3 or 5:4 aspect ratio on a new display with a more recent aspect ratio, such as 16:9, you’ll quite certainly get a lot of misalignments during the GPU’s analysis and scaling phase.

As a result, black bars appear on all sides of the display, and the image is often cut off when it reaches beyond the screen’s boundaries. Since it allows you to adjust the image scale for a more comfortable view, the Underscan/Overscan alternative can be used here. You can resize or expand the image to make it suit your screen perfectly. As a benefit, doing the Underscan/Overscan helps the GPU scaling look cleaner.

Are there any cons of using GPU Scaling?

Even though GPU scaling is extremely beneficial, it does have certain pitfalls. As you might know, GPU scaling is only useful for classic systems; modern games don’t require it. It’s possible that using it for new games would do more damage than profit. It may also cause needless performance problems in your game, the most common of which is input lag.

Input lag isn’t just an issue in newer games; it’s also a problem in games with traditional aspect ratios of 4:3 or 5:4.

If you’re not acquainted with the word “input lag,” keep reading to learn more – During a game or a movie, input lag is the time lag between the on-screen action and pressing the key. It obstructs the player’s ability to act or play quickly in the game, as well as the film’s fluidity.

Although it just takes a few seconds and is unnoticeable in clips, it is very obvious when playing a game and has an impact on your gaming scores. Using the GPU Scaling feature requires additional processing, which results in a slight input lag.

It’s a difficult decision to make between the two options: input lag or not scaling the image.

Different computers have different input latency. You can find the least amount of input delay in the finest gaming monitors, such as those used for competitive gaming.

The second most common flaw is that display scaling can often take priority over GPU scaling. It is observed mostly When it comes to calculating the success of games with lower-than-native resolution.

That was everything there was to it when it came to GPU scaling. Now it’s time to wrap things up.

If you believe that GPU Scaling would benefit you, turn it on using the steps outlined above; if not, there are a variety of other options available to improve your gaming experience with classic games.

It’s obvious that GPU scaling boosts the success of older games and shows them their full potential. The photographs get more vibrant and detailed as the resolution and visuals improve, creating a more engaging environment.

GPU scaling isn’t needed for modern games; in fact, it’s counterproductive because it adds input lag and reduces game efficiency. You will also notice that GPU Scaling is disabled by default for games that don’t demand it.

GPU Scaling, on the other hand, works wonders with all of your classic old games, and with only a few minor alterations, you can get the desired fit on the computer, as well as tidy and accurate pictures.

However, that’s too sweet to be real; this is where black bars and input lag come into play. They could be upsetting to some people, but if you want a great screen experience, you’ll have to accept it.

It’s now up to you to decide whether you want consistent and vibrant gameplay or black lines and input lag!

Thank you so much for reading! We hope that you found this all helpful.

Do leave comments, feedbacks as well as suggestions down below.

Buy Online Pink Chopping Board (2022) By Bling Shop Near Me